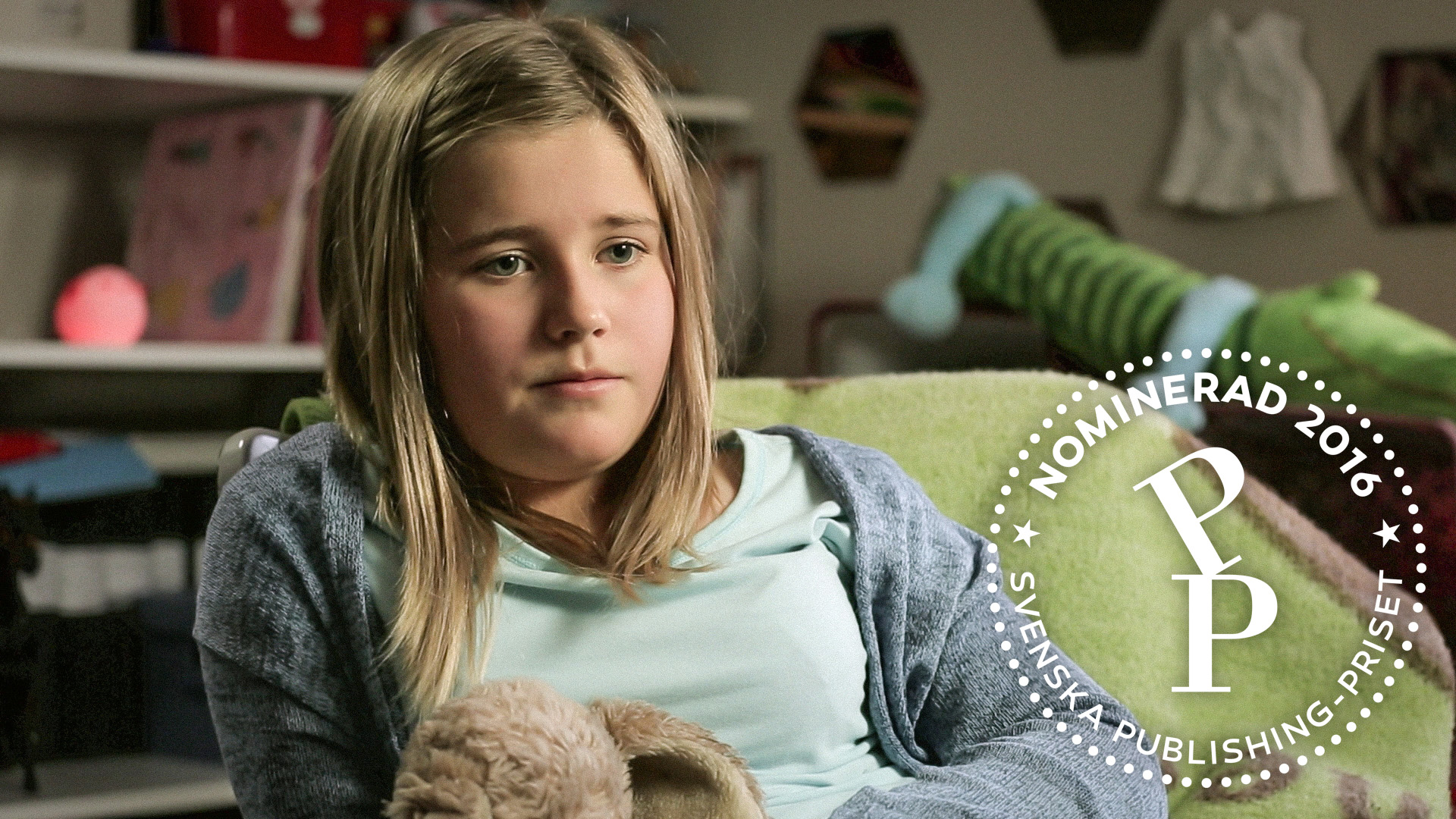 Our film “About Sally”, produced for the Swedish Childhood Cancer Foundations, has been nominated to the Swedish Publishing Awards. The winner will be announced at a gala in Stockholm november 14th.

The Swedish Publishing Award, which is an organization completely independent from other industry organizations, is a comprehensive communications competition. It involves most of the established forms of communication. The jury judges all aspects of the entry – not just individual aspects such as design i.e. For a message to reach through, so much more is needed. That’s why the jury also look at textual content, visual content and – depending on the type of entry – direction (film), physical execution (print) and utility (websites). Our film is one of the six finalists in the category: Inspirational films, long.

The film was just recently announced to be one of the winners at Cannes Corporate Media & TV Award. It has won the Special Hand-in-hand Award at World Media Festival, as well as several other awards from international film festivals such as US. Internationa Film & Video Festival, Telly Awards, Communicator Awards and World Media Festival.